An estate agent assured a prospective purchaser that she could definitely obtain a mortgage amounting to 80 percent of the purchase price, when persuading her to buy a flat at a new residential project.

He also told the purchaser that the developer provided a 5 percent discount only to those who buy the flat through the estate agency he worked for and claimed it was the last day the incentive was available.

So the purchaser decided to buy the flat through this agent and signed a provisional agreement for sale and purchase, paying a deposit of 10 percent of the purchase price.

However, the purchaser later discovered she could not obtain an 80 percent mortgage. She also learned the discount was not offered exclusively to any estate agency, and the day that the incident happened was not the last day of the offer either.

She lodged a complaint with the Estate Agents Authority.

In this case, the agent provided misleading information to the purchaser, including misrepresentation on the mortgage information and incentives offered by the developer.

He failed to comply with paragraph 3.7.2 of the Code of Ethics issued by the EAA, which states that estate agents should avoid any practice which may bring discredit and/or disrepute to the trade.

As a result, the agent concerned was disciplined by the EAA’s Disciplinary Committee. 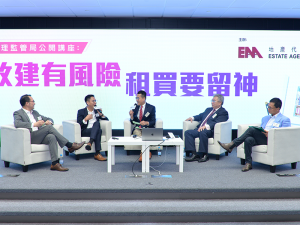