Landlord out of the loop

Landlord out of the loop

WHEN SOMEONE claims to represent an absent contracting party in a property transaction then estate agents must ensure that such a person has obtained a power of attorney before the parties enter into a sale or purchase deal or a tenancy agreement.

A failure to do so can lead to disputes and an agent facing disciplinary action by the Estate Agents Authority.

As the tenant’s agent had cooperated with the same man in a leasing transaction of another property but with the same landlord, she accepted he was the authorized representative in this case as well.

So she did not ask him for a power of attorney executed by the landlord but instead went ahead with arranging for her client to enter into the tenancy agreement through the other agent. The landlord found out later but did not agree to the deal and lodged a complaint with the Estate Agents Authority.

The EAA Disciplinary Committee took the view that the agent acting for the prospective tenant had failed to comply with the authority’s code of ethics, which stipulates that estate agents should protect and promote the interests of clients.

This led to the committee reprimanding her and attaching a condition to her license requiring that she obtain 12 points in the core subjects of the Continuing Professional Development Scheme within 12 months. 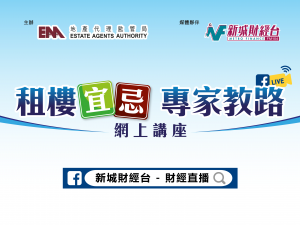