Real estate agents have been warned against sending abusive text messages to customers.

Otherwise, they may be subject to disciplinary action by the Estate Agents Authority.

In a recent incident, two sales staff accompanied a prospective buyer and his wife to the first-sales site of a development.

A week later, the customer informed the two sales personnel that he was not going to use their services.

The customer then began to receive profanity-laced text messages from the two as well as from other unknown cellphone numbers, which were later found to belong to colleagues of the two sales staff.

One of the sales personnel even picked a fight with the customer on finding out that he was not going to use their services.

The customer then called in the police to settle the fight and also lodged a complaint with the EAA.

The EAA’s disciplinary committee was of the view that by sending text messages with abusive content to the customer, the sales staff and their colleagues had failed to comply with paragraph 3.7.2 of the code of ethics issued by the EAA which states that “estate agents and salespersons should avoid any practice which may bring discredit and/or disrepute to the estate agency trade”.

The committee reprimanded them and suspended all their licenses for 21 days. 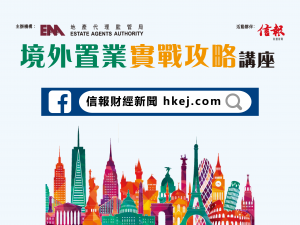 The EAA will organise a Facebook live seminar (to be conducted in Cantonese) at 3pm, 20 March