An estate agent acted for both the tenant and the landlord in a rental deal. In the course of negotiation, the landlord told the agent that he would not accede to the tenant’s request for a dishwasher.

Being eager to conclude the deal, the agent bought a dishwasher out of his own pocket for the tenant, in the name of the landlord – without seeking the landlord’s approval.

Later, the agent swapped some pages of the tenancy agreement and arranged for the tenant and the landlord to sign two different versions of the document.

The agent thought that this would not be found out, but it later came to light when the tenant asked the landlord to repair the dishwasher.

According to the Codes of Ethics issued by the Estate Agents Authority, estate agents should provide services to clients with honesty and fidelity. They should not act fraudulently in a bid to close the deal expeditiously.

The agent concerned should talk frankly with both the tenant and the landlord. Even if he wished to buy a dishwasher out of his own pocket for the parties, he should seek their prior consent. 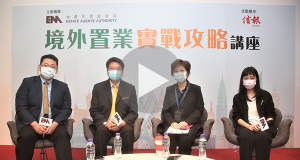