A salesman introduced a village house with a garden to a prospective purchaser. The purchaser asked if ownership of the garden was included in the sale.

The salesman told the purchaser that the garden was sold together with the property.

After the second inspection of the property the salesman then arranged for the purchaser to enter into the provisional agreement for sale and purchase.

However, the purchaser later discovered that the garden was actually located on government land.

In addition, there was also an undischarged mortgage registered against the property.

However, the salesman failed to advise the purchaser client of the possible risks in the payment of deposits directly to the vendor and did not advise him to arrange for the stakeholding of all deposits by a firm of solicitors as there was an undischarged mortgage.

The transaction was canceled, and the purchaser lodged a complaint with the EAA.

The authority’s Disciplinary Committee was of the view that the salesman was in breach of paragraph 3.5.1 of the Code of Ethics as he failed to exercise due care and diligence on the representation of the garden.

He was also in breach of the Practice Circular (No 05-07(CR)) which specifies: “Estate agents should advise the purchaser client of the possible risks in the payment of deposits directly to the vendor and the desirability of arranging for the stakeholding of all deposits by a firm of solicitors before arranging for the parties to sign the PASP of properties where there is an undischarged mortgage.”

The committee decided to reprimand the salesman and attach a condition to his license requiring him to obtain 24 points in the core subjects of the Continuing Professional Development Scheme in 24 months. 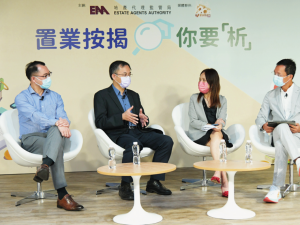