Be careful when renting a sublet property: if there’s no agreement in place you could end up evicted

Be careful when renting a sublet property: if there’s no agreement in place you could end up evicted

Before deciding to rent a property, a prospective tenant should pay attention to whether it is being leased by the landlord or sublet by the principal tenant, as subletting may involve complicated issues and a subtenant’s rights might not be protected.

I would like to share a case in which an estate agent did not fulfil his duties in this regard and was sanctioned by the EAA, while his clients were evicted from the rented property.

In a leasing transaction of a residential property, an estate agent arranged for the principal tenant to sublet the property to a subtenant and also arranged for both parties to sign a tenancy agreement. The agent, however, had not ascertained whether there was any restriction on subletting and whether the principal tenant had obtained consent from the landlord for the subletting.

In the above case, the estate agent concerned was disciplined by the EAA for failing to comply with the code of ethics, which states that estate agents and salespeople should be fully conversant with the Estate Agents Ordinance, its subsidiary legislation, the code of ethics, and other guidelines issued by the EAA from time to time and shall observe and comply with them in the course of their practice.

The estate agent was reprimanded, fined HK$1,000 and a condition was attached to his licence, requiring him to obtain 12 points from the continuing professional development scheme of the EAA within 24 months.

The above case shows the importance of ascertaining from the principal tenancy agreement whether there is any restriction against subletting.

At the same time, when issuing advertisements for subletting properties, estate agents must state expressly in the advertisement that the property is to be sublet.

I would like to remind prospective tenants once again that, if the principal tenant sublets the property without the landlord’s consent where the tenancy agreement states that the tenant shall not sublet the whole or any part of the property, the landlord may apply to the Lands Tribunal for a possession order. Under such circumstances, the principal tenant and subtenant may lose security of tenure, as happened in the case above. 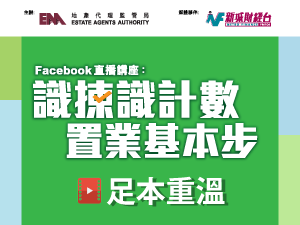